The Reverend Erin Rath is our new Rector.  More information to come. 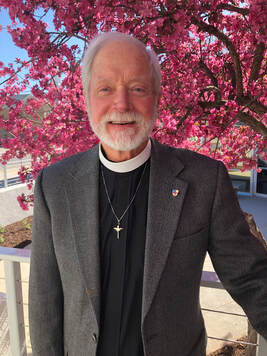 Associate Rector
​
Father Robert Manasek was born and raised in Omaha. He attended public schools and also the University of Nebraska, Omaha, earning his BA and MA in general biology. He has worked as a lab technician in a dairy and the Eppley Cancer Institute. He has also worked as a humane officer for the Nebraska Humane Society, a zoo keeper at the Henry Doorly Zoo and for over thirty years with the national park service, which has taken he and his wife Barbara to California, Illinois, Kentucky and finally back to Nebraska. He and Barbara have two adult children. Bob currently is employed by the National Park Service and is a ranger at the Scottsbluff National Monument west of Gering, NE. As a child he attended a Lutheran and a Methodist church before settling into the Episcopal Church. He was confirmed on May 28, 1967 at Trinity Cathedral, Omaha, and ordained to the deaconate as a transitional deacon on April 18, 2006 at St. Timothy’s in Gering. Currently he serves as a priest to St. Francis, Scottsbluff. 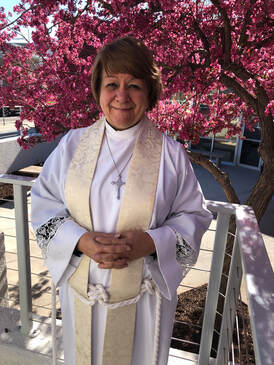 ​Associate Rector
​
Karen Anderson was born and raised in the Black Hills of South Dakota. She graduated from Watertown Business University in Watertown, SD. She has four grown children and ten grandchildren. Gering became her home in 1997. Karen has twenty-four years experience in the Chamber of Commerce industry and currently serves as the Executive Director of the Scottsbluff/Gering United Chamber. She was baptized April 17, 1965 and confirmed June 29, 1965 at Christ Church in Lead, SD. She worked at Thunderhead Episcopal Church Camp during high school. Currently she serves as a Priest at St. Francis Episcopal Church in Scottsbluff, Nebraska. She has served on the Diocese Standing Committee.

​In the Episcopal Church, each parish is bound by national and diocesan canons (rules), and governed by a local board comprised of parish members, which we call a Vestry. At St. Francis, our Vestry consists of 12 members -- the Rector (our Senior Priest), and 11 lay members. The Senior and Junior Wardens assist the Rector in the day-to-day business of the church, and are elected to 1-year terms. The other 9 Vestry members are elected to 3-year terms, with three elected every year. Elections are held and the Annual Parish Meeting every January. The Vestry meets monthly to discuss the various business and ministry needs and accomplishments of the parish. The Rector chairs the meetings, which are open to all members of the parish, although only Vestry members may bring and vote on resolutions.

The current members of the St Francis Vestry are: